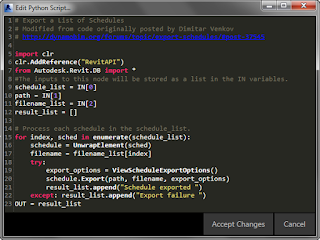 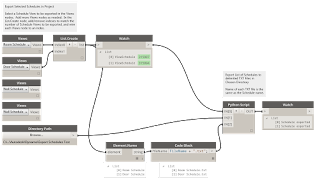 Antony McPhee posted examples using a string filter to export all of the ViewSchedules with a Name starting with a specified string to that same Dynamo forum thread.
Posted by David Koch at 2/26/2016 05:22:00 PM No comments:

Revit: Which Update Corresponds to Which Build Number?

This Autodesk Knowledge Network Article lists the Build Number for Autodesk® Revit® versions from 2012 through 2016, Update 1 for R2. I expect the article will be updated with any future updates/service packs for 2016 (and beyond).

The Build Number can be determined by selecting the About Autodesk Revit 20xx item on the Help drop-down list found at the upper right corner of the Revit window. Select the right portion of the Help split button (with the down arrow icon) to deploy the drop-down list. 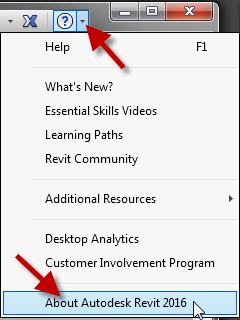 The Build Number is located in the upper right corner of the About Autodesk Revit 20xx dialog. 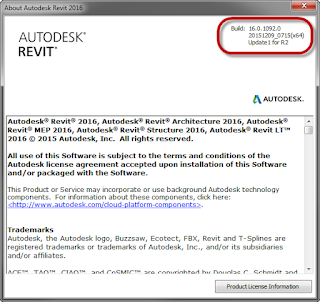