One useful feature of Ceiling Grids is that you can anchor other AEC objects to the grid (just like any other AEC Grid). Once anchored, if you move the Ceiling Grid, the anchored object(s) will move with it, which makes small adjustments to ceiling grid locations much easier to do. You can find a number of Anchor tools in the out-of-the-box Stock Tool Catalog, in the Parametric Layout & Anchoring Tools category. 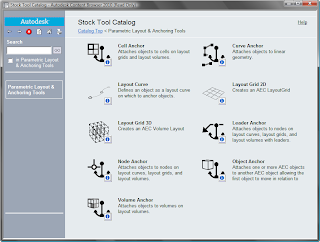 Many times objects placed in a gridded ceiling need to be centered in the ceiling panels. 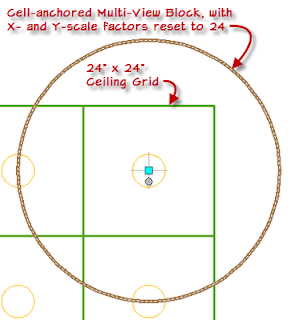 That is not likely to be the desired result.

You could place the object at the desired location and use an Object anchor to tie the Grid, and if the Grid moves, the object would also move, but that would not prevent the object being accidentally moved, since the object can still be moved independently of the Grid. 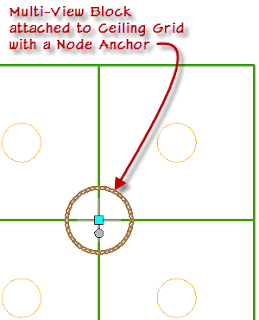 For objects where the insertion point is not at a node of the Ceiling Grid, you can set X- and Y-offsets to position the object as desired. You can select the object and on the Properties palette, on the Design tab, in the Basic category, in the Location on node subcategory, select the Anchor worksheet. Change the X and Y values for Insertion Offset to move the anchored object relative to the Node to which it is anchored.

Depending upon how the Ceiling Grid was created, you may have to experiment with the sign applied to the offset values to get the object to the desired location. You may find it easier to select the object, right click and choose Node Anchor > Set Offset. 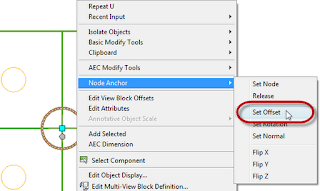 Then select the point to which you want to offset the object, in this case, snapping to the CENter of the Cell component will give the desired result.

The Node Anchor will prevent the object from being accidentally moved a small amount. The object can be moved, but only from one node to another. If you copy the anchored object, the copies will be anchored to a node of that grid, also, making it easy to place additional copies within that ceiling. 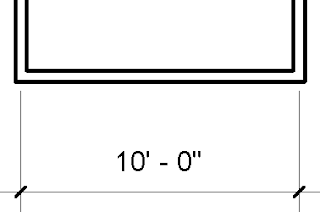 I will leave the debate over whether or not you should ever do this to others, but thanks to a post by Joshua Kohl in the AUGI Revit® Architecture - General Forum, I now know how to create a dimension with absolutely no dimension value or other text showing. You may be aware that while you can override the dimension value with text, by double-clicking on the dimension text to open the Dimension Text dialog, 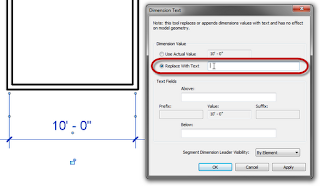 Revit will not allow you to enter a string that consists only of one or more Space characters here. But if you right click, a context menu will appear, and you can choose the Insert Unicode control character flyout, and then the Unit Separator (Segment separator) character.

The net result is a dimension string without any text. 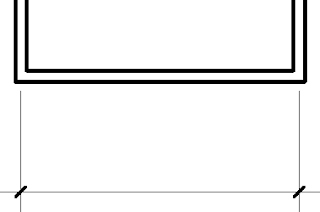