AutoCAD® Architecture Ceiling Grids provide an easy way to generate a representation of the ceiling grid for an acoustical panel ceiling. And, as we have seen in previous articles in this series, they have feature that make it easy to locate and organize ceiling devices. There are occasions, such as when using 2x4 luminaires in a 2x2 ceiling grid, 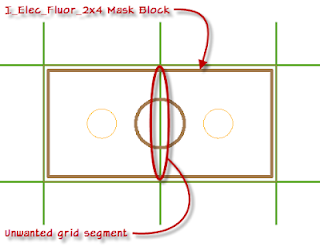 where specific segments of the grid need to be removed. While you can certainly use linework to create a custom grid with just the grid segments you need, it can be tedious to update should design changes move things around. A Mask Block is an AEC object designed just for this situation - using one allows you to "hide" unwanted grid segments without the need for a custom grid, at the same time you are placing the the ceiling object that requires the removal of the grid segment.

In this article, we will make use of an out-of-the-box Mask Block to show how one is used. A future article will show how to create one. 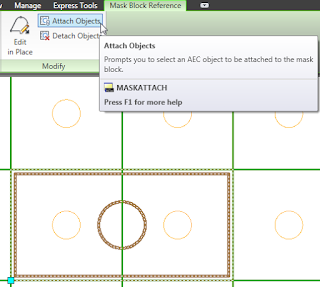 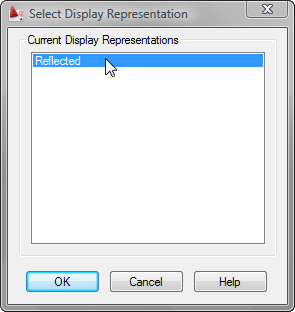 The result can be seen in the image below. 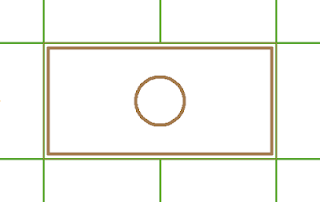 Anchors can also be applied to Mask Blocks, so you can use a node anchor to keep your 2x4 luminaire locked to a node of the grid, as discussed in the previous article. Since the insertion point for this Mask Block is at a grid point, no offset is required.

Note also that, unlike copies of anchored AEC objects, copies of the Mask Block will not inherit the mask. You can, however, select multiple Mask Blocks that occur within a single Ceiling Grid and mask them all at once, so it is probably best to place all of your instances and then apply the mask for all at one time. Once masked, you can move the Mask Block around in the same grid and it will continue to mask any part of the grid that falls behind the mask.