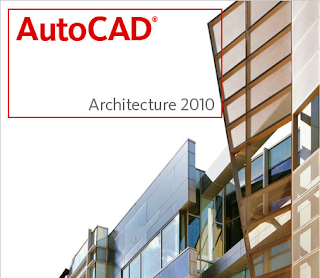 Draw order for Spaces is set automatically to "Back" so that any pre-existing objects or linework will be visible. This is a nice feature, especially if you are in a Display Configuration/View Direction that has a solid hatch turned on. One small problem is if you want to actually select an associative Space (or any Space that has Walls or other linework at the boundaries), as the graphics are "Back" and the solid hatch does not seem to provide a easy way to select the Space. You can switch to a Display Configuration, such as Low Detail, that does not display a solid hatch or remember that you can cycle through overlapping objects by pressing SHIFT + SPACEBAR.

There is a new Space separator tool to make dividing Spaces that are not separated by Walls, using AutoCAD linework, easier. While you could do this manually before, the AecSpaceSeparator command makes this easier, and the tool allows you to assign a Layer Key to the separator linework. The out-of-the-box tool has the WALL layer key assigned, but you could just as easily make a copy of the tool and have the separator linework (a LWPOLYLINE object) placed on any layer for which you have a Layer Key, such as a non-plotting layer. 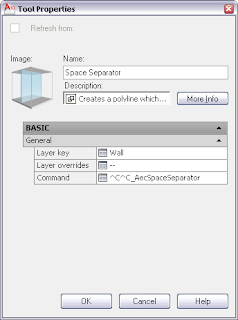 There is a new automatic property source for Structural Members, "Length along Baseline", that projects the "net" member parts onto the baseline and then calculates the length. A "true" length can be determined from this property, which takes into account the effects of trim planes, offsets and interference conditions on the actual length of the Structural Member.

The PDF format has been added to the list of formats to which you can now print directly from within Project Navigator, which also includes the DWF and DWFx formats. I have not tried this myself, but the claim is made that the plotting utility has also been enhanced to allow creating PDFs with more accurate line weights.

A new arrow-shaped grip allows you to flip the position of the dimension text to the opposite side of the dimension line, giving you more control over the placement of the text. This is most useful for nearly vertical dimension strings that are rotated beyond 90 degrees, so that you can put the text on the side you want. There is one grip per AEC Dimension object, and the grip affects all chains and all dimensions. 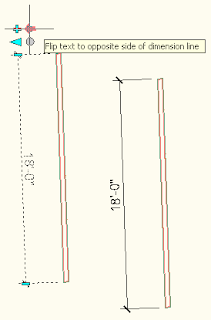 I have not had the need to work with IFC yet, so I will pass on the enhancements that are part of 2010 and leave it to those who use IFC to comment on these additions.

Done primarily for the German market, enhancements to Stairs include an "accurate graphic representation" of the stair cut meeting German standards, Stair and ramp tags supporting the German standard and a distinction between ramps and stairs. I was unaware that my Imperial Stairs had an inaccurate graphic representation. I did not install the German beta and I am not familiar with German market standards, so I can not offer much comment on these new features. I was not able to find any stair or ramp tags in either the Imperial or Metric content included with the English-language beta. Ramps in the beta I tested remained stair styles, with the treads and risers reduced to 0 width and stringers of various configurations pretending to be ramps and sometimes curbs. There is a new ramp arrow display toggle, that apparently shows ramps in accordance with the German standard; this is available, and the toggle is located on the Other tab of Display Representations intended for plan views. This will only display when the Display of both Tread and Riser are unchecked in the Flight Dimensions area on the Components tab of the Stair Style, so that may be the way AutoCAD Architecture distinguishes ramp Stairs from stair Stairs. 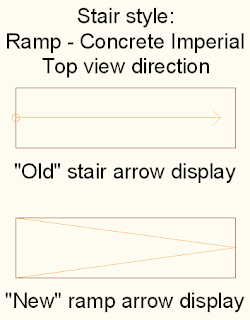 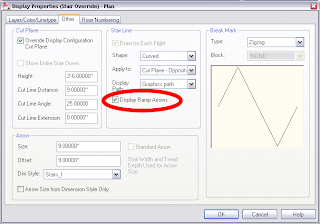 FYI, the arrow display for the ramp is also a UK convention.

Thanks for the information. Way back in the spring of 1980, I had the good fortune to spend a term abroad. Twelve or so of us chose to do so in Petworth, England, under the supervision of an architect who lived there and worked in London. It remains my favorite term of college, although it was all hand drafting then, and the project on which I worked did not have any ramps.