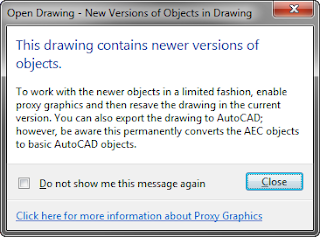 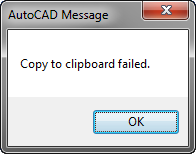 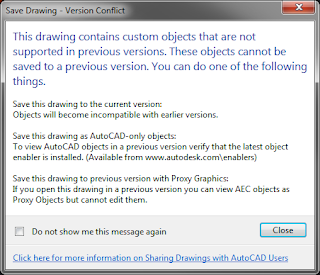 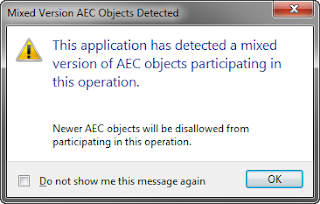 The small-print statement "Newer AEC objects will be disallowed from participating in this operation" gave me hope, as it was not flat-out refusing to do the insertion, and I did not want the newer objects in the file. That hope was confirmed, as it did insert what appeared to be all of the objects that were visible in the exported file, and I was able to add AEC objects to the file. Upon saving and reopening, there were no dialogs chastising me for having a file with future AEC Objects in it. Success! I still think that the original export should have been AEC-object-free, and object to having to go to the extra step of inserting the exported file into an empty file to get rid of the future objects, but at least I have a workaround for providing a "clean" file in the 2013 format that does not require proxy objects or object enablers.
Posted by David Koch at 3/14/2018 12:36:00 PM