As part of the Command Preview feature added to AutoCAD® 2015, AutoCAD® Architecture 2015 includes an in-command, dynamic preview of the results of grip edits, moves, fillets, chamfers, extends and trims on Walls. For example, in the 2014 release, grip editing a Wall gives you a "ghost" of effect of the grip edit on the Wall, but nothing else. 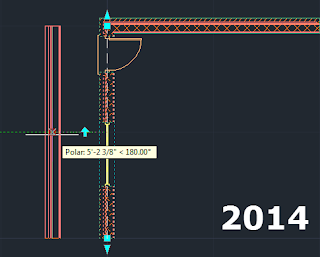 In 2015, you get a preview of the effect of the grip edit on other Walls with which the stretched Wall cleans up as well as on AEC objects anchored to that Wall (such as Doors and Windows). 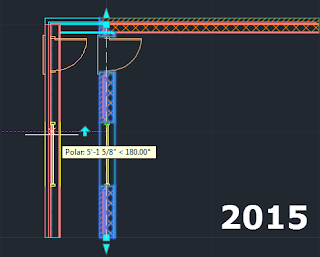 You will find, however, that if you open a drawing that was created with a previous release, the Command Preview will work on the Wall and Walls with which it cleans up, but not on the anchored objects. 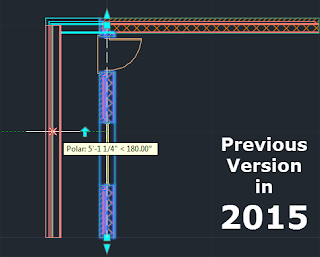 This can be rectified by typing AecConvertToAssocAnchor at the Command: prompt and pressing ENTER. That will convert the anchors of objects added in previous releases to associative anchors and allow them to show when Command Preview is active.

Command Preview can be turned on or off by using the COMMANDPREVIEW System Variable (0 is off, 1 is on), or, in the Options dialog, on the Selection Tab, in the Preview area in the lower right, by checking (on) or unchecking (off) the Command preview toggle. 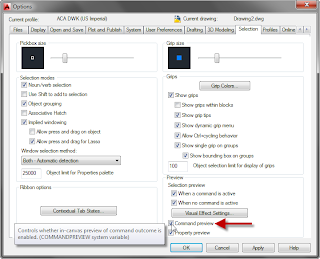 If you want to leave Command Preview on, but not have anchored objects as part of the preview, you can use the AECENABLEASSOCANCHOR System Variable to turn this effect ON or OFF. Both AECENABLEASSOCANCHOR and COMMANDPREVIEW are saved to the registry, so a changed setting will affect all drawings.

As previously noted, the Command Preview also works with Walls and the MOVE command, 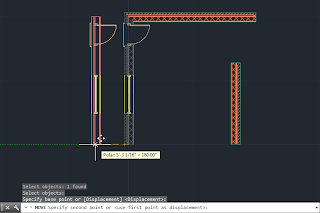 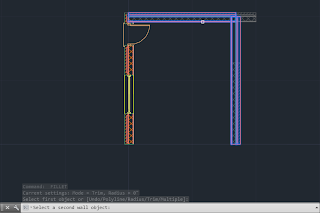 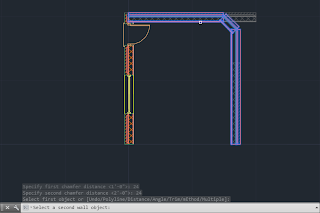 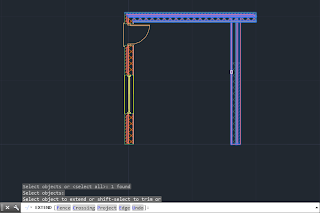 and the TRIM command. 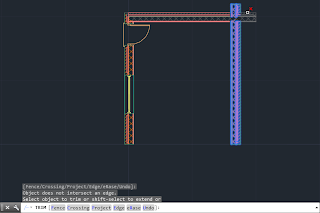 For operations where the result is the deletion of part of an existing object, the display of the deleted part will be dimmed. For the TRIM command, the cursor will also display the Erase/Delete badge (another new feature in the 2015 release).